The cover and album title says Brit Guitar Band and Oasis wannabe. The presence of one time Pink Floyd Bassist Guy Pratt, Jazz legend Steve Lodder on keyboards and drummer Marc Parnell, son of Jack, brother of Ric from Atomic Rooster, grabs your attention for sure. Bookended between two Hammond organ jazz work outs, “Elvis Has Left The Building and “Give Me Your Horse”, think slightly proggy Jimmy Smith, this is a musically surprising album from the start. Jake Aaron is a interesting guitarist, whether on spry acoustic instrumentals like “For B” and the very Davy Graham “Allegro” by Carcassi, the insistent rhythm on “Jonah Part 1”, or the fine lead on the superb “New Mexico”. The Davy Graham comparison is a valid one across the album with the mix of classical, jazzy instrumentals and songs feeling like a 60s Graham album. 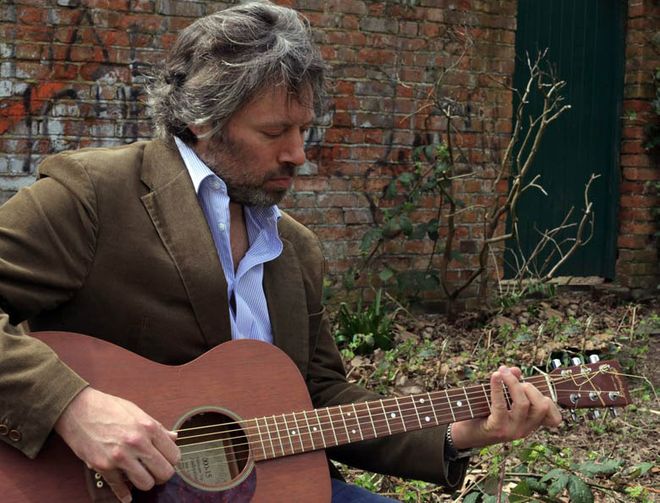 Jake is also a fine vocalist and songwriter. “Genevieve Alright” with its rippling jazzy piano and the epic “Jonah Part One” are delivered in a knowing voice, think a less louche Kevin Ayres, that draws you right into the narrative. If you have a hole in your collection for an interesting guitarist with strong songs backed by a band who can be Jimmy Smith, Traffic or a funkier less up themselves Emerson Lake and Palmer then this is it. Just look past the cover and imagine a gatefold Henry Diltz photo of Aaron and band sitting on a porch next to old shutters in New Orleans, that’s more on the money.